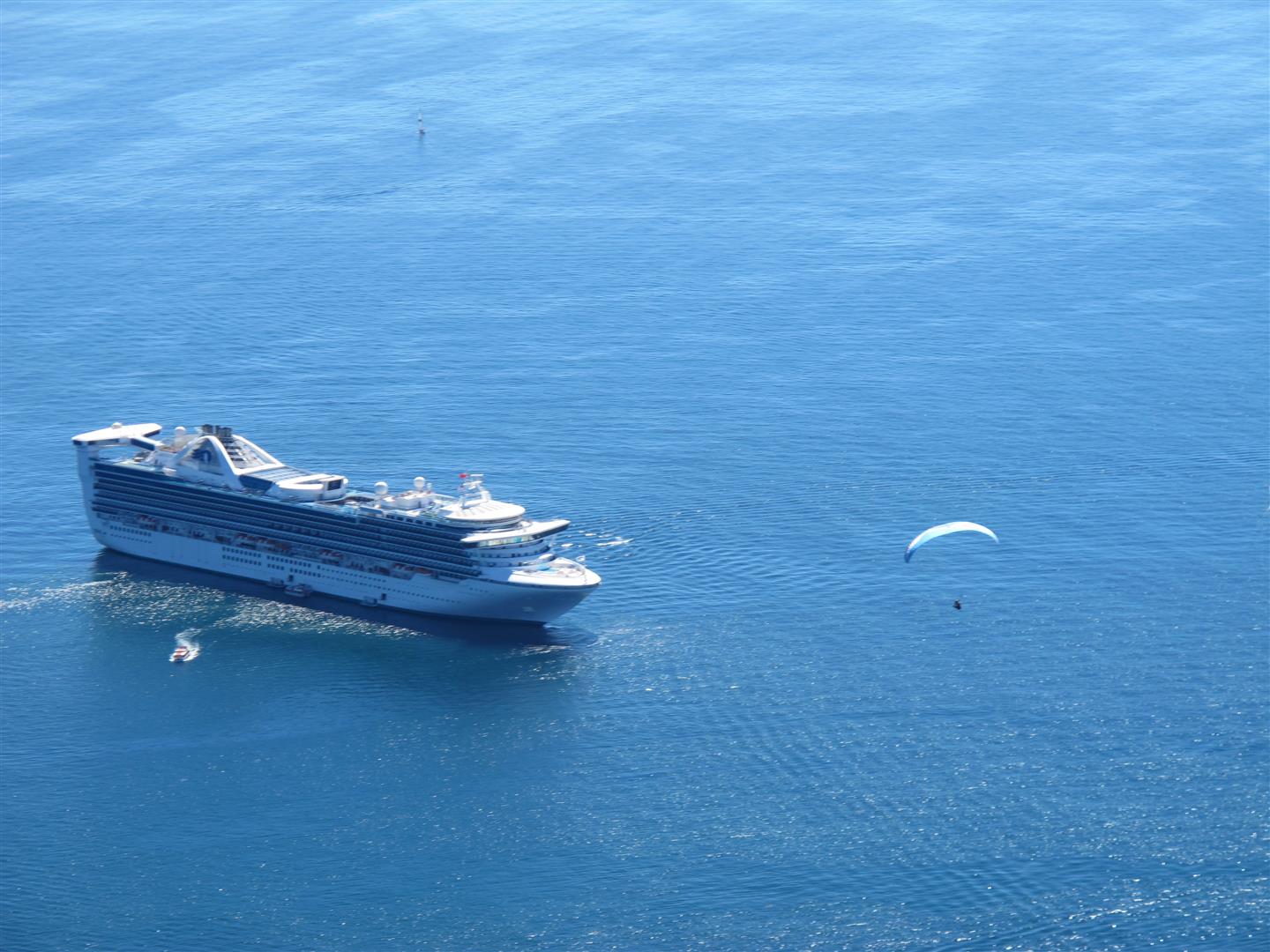 I saw a lot of grinning pilots after we landed at the beach today……..

We took a full Eagle van plus a truck up to EJ Bowl.  There were a lot of familiar faces, Ron, Bob, OJ, Cracka, Lee, Cort, Jackson, Neil, Chris, Peaches, Marge, Bart, another Neil, and a visiting pilot Greg.  Cycles were coming in from the South East 5-10 at launch.  It was on when we got there and most everybody got there gear going and into the air pretty quickly.  Some pilots went west toward Alternator others opted to beat it into the wind going East to R&R.   After boating around for a bit above launch I opted to head to R&R.   Several pilots were already established and climbing quickly there.  There was abundant lift with some spicy edges.  As Cracka would say “It’s on like donkey kong!”.   Managed about 4600ft at R&R and headed over to thermal factory.  Smooth glide over and then seemed to be some mixing winds over thermal factory.   Some strong climbs.  It was fun to gaggle up with friends and climb out.  Tried pushing East a few times but never committed to it.  Bounced around out front and kept fading back to the thermal factory and the back ridge (thermal drift was fast).  Several people made it West to Alternator and then went East down range.  A few made it back and landed at the beach.   I maxed out my altitude and decided to head for the beach.  I knew the AVP was in town at West Beach so headed toward the wharf.  A little too spicy for pic’s in the mountains so here are a few from the smooth buoyant glide out looking at the volleyball tournament and the cruise ship.

It’s good to be alive!  Let’s do it again tomorrow.
-Jon

Heading out from the riviera heading over to AVP tournament Cort heading out to check out the cruise ship Looking back at the AVP and coastline Bart coming in to East Beach Don’t worry folks, I got this! Well at least I didn’t land in the ice plant……… Grant coming in smooth as ice

Little John was so spec’d out we lost him for a while. Here he is banking it up to get down to the beach. Everybody likes to watch the hg’s land